Carl Lentz and the Trouble at Hillsong

When a cheating scandal blew up the pastor’s life, some Hillsong congregants were left to question their relationship with a church that cultivated its own kind of fame—and the double standards that often came with it.

Carl Lentz and the Trouble at Hillsong

As the New York head of a celebrity-favorite megachurch, Carl Lentz achieved stardom. But when a cheating scandal blew up the pastor’s life, congregants were left to question their relationship with a church that cultivated its own kind of fame.

‘Nobody Is Going to Believe You’

The Bohemian Rhapsody director Bryan Singer has been trailed by accusations of sexual misconduct for 20 years. Here, his alleged victims tell their stories.

The Secret History of a Cold War Mastermind

Gus Weiss, a shrewd intelligence insider, pulled off an audacious tech hack against the Soviets in the last century. Or did he?

The Kids Of Ferguson Rise Up

With the suburb’s teens a year after the death of Michael Brown.

Hollywood is aggressively adapting material that doesn’t have a narrative or even any characters. But not all intellectual property is created equal.

The Mysterious Death of a Muslim Marine Recruit

Raheel Siddiqui was a young Muslim who dreamed of becoming a Marine. At twenty, he started basic training at Parris Island, where barking drill sergeants transform callow recruits into elite killing machines. Less than two weeks after he arrived, Siddiqui suffered a mysterious and fatal fall. The Marine Corps says he committed suicide, but some think more sinister forces led to his death.

The Plot to Take Down a Fox News Analyst

Wayne Simmons was ideal conservative commentator. A former C.I.A. operative, he ate lunch with Donald Rumsfeld, took trips to Guantánamo aboard Air Force Two, and pumped the party line on Fox News. There was only one problem: Simmons had never been in the C.I.A. 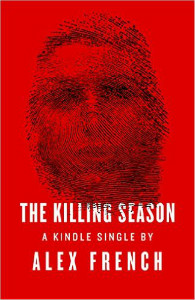 In 1975, the grisly double murder of a 24-year-old woman and her young daughter turned a small Colorado town on its head. For the two inexperienced detectives assigned to the case, it was a chance to prove their mettle. But what happens when everyone is suspect and nobody is guilty?

Excerpted from the Kindle Single. Buy your copy today.

The Untold Story of ILM

An oral history of Industrial Lights & Magic, which gave birth to Star Wars and countless films, as well as playing a hand in the creation of Photoshop and Pixar.

The making and near unmaking of Paul Thomas Anderson’s breakout film.

Punch a Hole in the Sky

An oral history of The Right Stuff.

A trip to The Villages, a booming retiremement community outside Orlando, where the golf is free, casual sex is everywhere, and there is no cemetery.

The Rise of Beefcake Yoga

Once their careers end, pro wrestlers often fall into emotional and physical disrepair. One of their own, Diamond Dallas Page, has a fix.

In Hollywood’s new blockbuster economy, the actors who portray superheroes are as interchangeable as the costumes they wear.

An oral history of Swingers.

The Sound and the Fury

An oral history of WFAN.

Neither Jon nor Ian is legally married to Jaiya. Both are allowed to see other women. But the three of them live a lifestyle that—much of the time—isn't that different from a conventional marriage.

On the rise of polyandry, in which one woman settles down with two or more men.

The Greatest Paper That Ever Died

“Radically brilliant. Absurdly ahead of its time. Ridiculously poorly planned.” An oral history of the National Sports Daily.